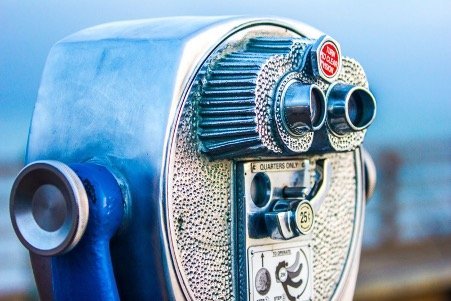 Maybe they’re mean. But what we’ve learned is they’re more likely the people who you like the most. They’re the people who bring you the donuts and take you out to lunch.

You want to do everything for them. So they’re the ones always asking for the little extras. That’s what we’re going to talk about today. Here are some techniques we can put in place to help manage that. So these are seven tips that we’ve learned on how to stay on track. So number one, define the scope.

Then, log the changes. Again, here’s another one. Totally shocked where the changes to the project or the scope aren’t documented. So we recommend documenting the change, evaluating the change, what changes or how is that going to impact your projects and approve it. Know what you’re going to do with it.

Are we going to put it on hold? Are we going to approve it, implement that change, what are we going to do with it? It’s important that the change control board of your project makes that call and not you, the project manager, or otherwise, you’re going to be left holding the project bag in the end. Number three, re-baseline, so when those changes are approved or incorporated into the project, it’s important to baseline either the schedule or the project plan. That’s one simple thing that can be done, so we don’t know the statistics you look at.

Do we know that several organizations including Gartner and many other organizations constantly look at what is the number of failed projects? So, consider your source. One source says 75% of projects fail. Well, most of that is in this area where people do not take control of the change. If merely once those changes are agreed upon by the stakeholders and your change control board, and then approved by that group, then to re-baseline it, then you might not have a failed project.

It’s a difference between if you are in the 75% of failed projects or in the 25% of the successful ones. So if you just look merely at numbers, if there are ten project managers in the room with you, then 7.5, or if you round it up, eight of you are managing failed projects and two of you are successful ones. The slight difference can be something as small as whether you’re managing the changes of the scope and re-baselining your plans. Number four, request additional funding or resources.

Is everything all right?

So, now the changes have been approved. You’ve re-baselined. But sometimes for some people, it’s hard to go back and request additional resources, the funding you need to make those changes happen. If you agree upon this but you don’t go back and ask for the people, the funding, the resources that you need in order to do those changes, again, we’re back here in the statistics. Number five, watch for the signs.

So for you as a project manager, always watching your team, the behaviors of your team. We feel like the signs are when things get too quiet, where people are working but you’re not getting any signals from the team or any feedback. Or things are always okay when you ask your project team or your team members, “How are things going?” and everything’s on track. Well, those, we feel like, are signs that something may not be right.

So it’s always good to go back, check your team members, your project, look at things that are actually being completed and to see and evaluate “Are you really on track?” Are they taking the cookies and the brownies and the donuts from the scope creeps, implementing those changes in and quietly doing those? Only for you to find out at the end of the project where your scope had crept and you didn’t know about it. Number six, set priorities. Again, this goes back to the previous steps, having your change control board evaluate and prioritize the changes.

This happens when we usually see multiple groups, sometimes with your project and you have different stakeholders from different, say, business units who bring changes to you, and then it’s a squabble. Let the change control board decide which changes need to be approved. Let the change control board do that, otherwise, you’re going to be in a bad position that you don’t want to be in.

Don’t fall for the scope creep

Number seven, avoid the traps. We’ve seen them all from the scope creeps where the little phrases that they say, “Well while you’re in there…” Or,

“While you’re doing that could you do this too?”

They have a simple solution, although they’ve never done it before. Or the one we love the most,

“Hey, it will not take that long.”

Well, based on what? Based on whose assessment?

Based on those who’ve never done it before? Based on no changes or evaluation? So these are little traps we find ourselves in that we end up in the 75% or even higher number of failed projects.

So, we have to admit, when we’re the customer, we’re actually a scope creep because we’re the one taking the cookies and the donuts and the pizza or any tactic we can find to get the additional things that we want.