Learning how to ‘art’ – online or offline? 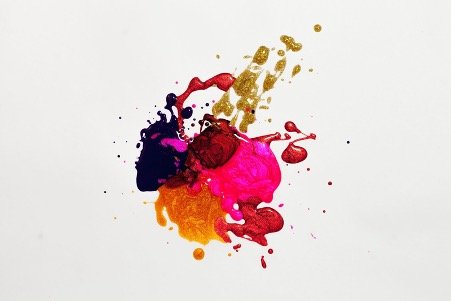 We’ll answer a commonly asked question, and that is, is it better to learn art digitally or traditionally?

First is the rate that you’re going to learn how to create art. In our opinion, learning is accelerated by working digitally because you have the flexibility of working without having to worry about making mistakes. Nothing is really permanent in digital art. If you paint a tree that you don’t like, if you do it on a layer, you can simply delete that layer, and you can start again, whereas if you’re working on a canvas or in a sketchbook, even if you use your eraser or even if you completely paint over that area, it’s adding a lot of extra time and a lot of extra frustration, and you’re spending that time learning how to fix mistakes, but it takes a lot longer to fix that mistake, and I feel like you should really be learning how to paint, not spending time fixing mistakes.

It’s important to be able to recognize mistakes, but you don’t need to spend an absurd amount of time fixing them, and if you’re just trying to learn, and you’re trying to make this as easy as possible, and you’re trying not to get frustrated and feel like you’re going to give up, then we think, in that case, working digitally could be a lot better than working traditionally.

The second point we want to talk about is the freedom to experiment. It’s very frustrating to ruin a piece just because you chose to make an experiment. Digital art gives you the freedom to try an endless supply of approaches to your piece, with little to no risk of ruining it.

If you compare that to working with traditional art, if you experiment, and you try to paint somebody’s face green or add in some little glazing or something, and it doesn’t look right, then you have to spend a whole lot of time repainting that area. Again, as we mentioned earlier, if you’re working digitally, you can put that green tint on the face on a separate layer, and then if it doesn’t look right, you can simply delete that layer, or you can reduce the opacity of it to blend it in more, or you can even just simply shift the color without having to repaint it again, and trust us, less frustration is going to make you a lot more interested in making digital art, and it’s going to help you stick with it a lot longer.

Frustration at the traditional media

When we were working with traditional media, we would always get frustrated by all these stupid things like accidentally smudging something, or trying something that we weren’t sure about, and then it ruining the whole piece, and it just really took the fun out of it. The third point we want to talk about is the ease with which you can start and stop working on your art. Now obviously, working digitally, all you have to do is turn your computer on and double click on your application and load your file. Then you can start painting. You don’t have to mix a bunch of paints and do all this extra preparatory work before you can start painting, and then when you’re done, you don’t have to clean up a whole bunch of stuff.

You just save your file first, and then close it, and then turn your computer off when you’re done, whereas if you’re working with oil paint, you have to clean all your brushes, and you have to wash your hands, and you have to put all of your paint back away, and all this stuff, and again, that just eats up time and it adds more frustration.

The fourth point we want to talk about is the ease of self-study. How hard is it for you to be able to just go in on your own and learn things, without having to go to college? We think, in this case, it’s pretty balanced between traditional and digital. There are plenty of digital art tutorials, YouTube videos, websites, courses, and eBooks for digital painting and traditional painting.

However, there are a lot more for traditional painting, because traditional painting and drawing have been around for much longer than digital art. However, digital art has kind of existed in the era of technology, where there are more eBooks and videos, and so there probably are a lot more people who are tech-savvy making stuff for digital art. So it really could go either way, but the cool thing is, whether you’re working digitally or traditionally, you can still learn from a traditional art book, even if you’re working digitally and vice versa. The principles of making art are the same no matter what media you’re working in. And so that’s why we think it’s important to be able to do both, and to experiment with both, and to get good at both.

Thinking outside of the box

The fifth point that we want to talk about is whether or not the way that you’re making art encourages you to think outside of the box, and in some ways, I feel like working digitally encourages you to think outside the box more, because sometimes, you’re doing things in a more roundabout way, and sometimes, it works better. You know, you can make selections or you can transform your nose to make it bigger or smaller, and you can do things in a very technical way.

The cost of your equipment

And the last point we want to discuss is the cost of the hardware, you know? What do the materials cost when you’re working digitally or traditionally? And when you’re working digitally, if you don’t already own a computer or tablet, it can be expensive to invest in the tools for making digital art, however, if you already own a computer, an inexpensive beginner’s tablet is about the same price as buying a decent set of pencils and sketchbooks and all the other supplies you might need to make traditional drawings.

So either way, you’re going to have to spend some money in order to get started. However, when you’re investing in digital art tools, those tools can be used and reused over and over and over again. Once you buy digital paint, you have digital paint forever. You never have to buy it again, unless, of course, you upgrade to a newer version of the software, whereas if you’re buying traditional paint, every time you use the paint, you have to go out and you have to buy more.

When you use your pencils, the lead wears down on the pencils, the eraser wears down on the pencils. You sharpen the thing, and then it’s gone, and you have to go buy more pencils, and you have to keep buying pencils and pencils and paper and erasers, and it just never ends. And in some ways, you might end up spending more in your lifetime on traditional art, rather than digital art tools. We think in the end, I’d rather not have to go to the art store every month or every week or however often, and go buy more supplies. We’d just like to invest in something once, something that we can just take out and get into, and make art without having to worry about making mistakes or clean up my messes or go buy more materials. So in the end, we’re more comfortable working digitally.

In conclusion, try both