In October, Meta will release their next VR headset 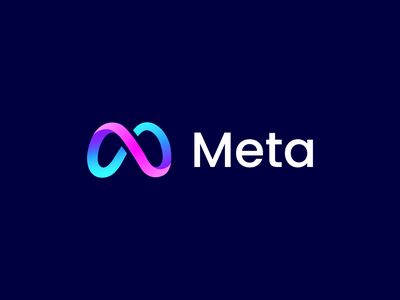 Despite being two years old and suddenly more costly, the Oculus Quest 2 (now called Meta Quest 2) has been a remarkably popular virtual reality headset and continues to be our favorite VR gadget.

What will the former Facebook, Meta do as its encore?

According to an interview with Meta chief Mark Zuckerberg on Joe Rogan’s podcast, the business plans to produce 4 new headsets over the next few years, with the next one scheduled for this October.

The “Project Cambria” headset was unveiled last year. But do not anticipate it to be a direct sequel to Quest 2. It should be a Quest Pro instead, as Mark Zuckerberg suggested to CNET in 2021.

A bridge device that might be an incredible VR headset as well as enabling mixed reality by fusing video from the real world with VR via upgraded cameras, Project Cambria appears to be a far more expensive and sophisticated type of AR/VR hybrid headgear.

What characteristics will Cambria have?

Cambria will install new sensor technology, most notably eye tracking and facial tracking, which may open up new avenues for VR interaction and avatar animation.

Zuckerberg said “The one you’re talking about, basically social presence, and the ability to now have eye contact in virtual reality, have your face be tracked so that way your avatar is not just like this still thing, but if you smile or if you frown or if you pout—or whatever your expression is—to actually have that, in real-time, translated to your avatar… obviously our facial expressions are […] huge; there’s more nonverbal communication when people are with each other than verbal communication,”

Like Quest 2, Cambria appears to be a standalone device. But you may anticipate it to connect to PCs and, to some extent, phones, just like Quest 2. The design appears to be smaller than the Quest 2 in early design sketches, but a larger battery could add weight. With the use of “pancake lenses” that can reduce the distance required to produce convincing 3D effects, Meta has already verified that the headset would be more compact where the lenses touch the face.

The enhanced exterior cameras of Project Cambria will record passthrough color video and display it on the headset’s internal screen. The Quest 2 has the ability to “see through” and display the outside world as well, although in a blurry, black-and-white video feed. The Quest 2 creates a form of mixed reality by overlaying certain VR with this stream, such as room boundaries. Expect Meta Cambria to approach this in a much more realistic manner.

According to current speculations, the Quest 2 may not truly be replaced until 2023. The Quest 3 is anticipated to be a headset that competes with the Quest 2’s price and may perhaps replace it, but not this year. However, Cambria is not anticipated to be that headset. If the Cambria headset is as expensive as Meta announced, most customers probably won’t even consider it a rival to the Quest 2. It might instead focus more on promoting more cutting-edge technologies (eye tracking, mixed reality, greater display quality) that might later filter down into more reasonably priced goods.

FYI, we specialize in designing and custom development. Get in touch