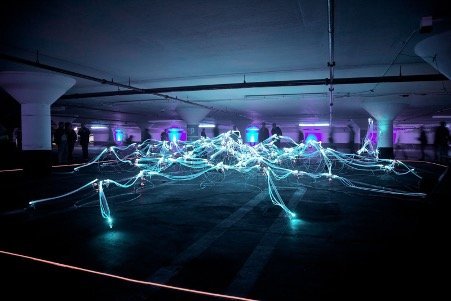 For the evolution and progression of a better future, the digital revolution is the best way. The revolution is all about the transformation of the accomplishments of humans. All these transformations that take place have a lot of diverse effects on human life as well as in the world. The effects can take place in the cultural form or the traditional form and also in the economy of a country. Digitalization is not just about new technology, but it is a way through which technology can be used effectively.

It is among the most common Technologies which are used nowadays. With the help of digital computers, many things are made possible, and a better way to use the internet is found. The internet also introduced new ways of interaction or communication.

Not just for communication, but the internet has played a substantial role in the expansion of a number of businesses and companies. To reach the global level, there was an extensive requirement for a robust platform.

So that platform is attained in the form of the internet, through which people can reach globally for their interests. The Digital Revolution has helped in transforming analog as well as mechanical technology to digital technology. Nowadays the use of email or social media websites is extremely common.

We tend to use platforms

People use a number of platforms that are available on the internet for their businesses and personal use. There are plenty of industries and companies which are exporting and importing products from across the world. With the help of the internet, many things have become easier, such as the interaction with people who are living thousands of kilometers away from each other. Earlier there were limited resources for communication such as telegraphs or letters. But now there are plenty of options available for interacting with people from distinct countries.

A lot of companies are reaching the global level from where it becomes easy to work and provide services to the clients. There are many companies which can provide products as well as services without taking weeks or months. The latest technology assists in the shopping and the delivery of products, undoubtedly this process has become faster.

All of these facilities are rendered because of the industrial revolution that took place as digitalization. There is a lengthy history of the digital revolution, and it all started in 1947. Since then, many things have started to change, and development in the digital form has also started taking place. The digital revolution has gone through an extended journey and in between many changes took place in the world. Earlier there were portable phones which were only used to call and text.

But this was the situation before the introduction of pagers. As cell phones were introduced, people started taking an interest, but that was the time when things were relatively extravagant.

The cost of cell phones which existed in the earlier times used to be too much, and not everybody could afford them. In contrast, everyone has a cell phone in today’s era. Communication increased with the introduction of cell phones, and after the Genesis of the internet, things changed rapidly.

There was also a time when black and white televisions were famous, but now the situation and circumstances are totally different. How many electronic items and appliances are available.

The variety which can be seen today was not there in the past. Now not just the television or mobile phones but also the other appliances such as refrigerators or washing machines, are becoming more digitized than ever. Apart from all the factors of the digital revolution, it is also important to understand its various advantages and disadvantages.

It is a fact that many Technologies emerge, and many of them also go extinct. Most of the new technologies that emerge are there to provide better facilities to the users.

There is also a case of the negative impacts of Technology which cannot be ignored. There are a number of advantages of the digital revolution, but there are plenty of disadvantages too. The Digital Revolution has changed the way in which businesses and companies work and with the help of this productivity is multiplied. The Revolution has helped businesses to reach new Heights, and many companies gain a lot of revenues by adopting the most recent technologies. Along with the internet, many other gadgets such as tablets are bestowed by the digital revolution.

Communication has become easier than ever, and transparency can be noticed in different departments of the companies.

The disadvantages like the job redundancies and cyber threats are the unwanted gifts received from the digital revolution. The various demerits are harmful to the children as well as the adults. Apart from the various advantages, the digital Revolution has a great significance and a crucial role to play. The Revolution has helped in enhancing and improving the productivity of a number of companies and businesses.

Many changes and advantages

Nowadays people have a great platform with the help of which they can transform their interests into a digital business and get better profits and revenues. The cloud services are also provided with the digital revolution and the latest technology which help in storing data and accessing any data at any time and place. The Revolution has a lot of impacts on the personal life, social life as well as the life of individuals. The advantages of the new technology can help children to grow, but the adverse effects of the technology can be very harmful to them.

Therefore, there is an urgent requirement to understand the difference between all these good and bad factors and make efficient use of Technology.

The utilization of the technology in a proper way can be less harmful whereas the exploitation is always dangerous. The distribution has provided a podium through which people and companies can grow, and the businesses can be enhanced.